Max "Gassy Mexican" Gonzalez is a former Creature. He is known for his "epic" voice.

Gassy got into making Machinima and gameplay videos because he had always been a gamer and played video games since he was around 5 years old; it made sense to him to begin getting into recording because he enjoyed playing the games and the idea of making movies with them. He started his YouTube channel in June 2006, posting gameplay videos before expanding into Machinima.

In February 2012  he moved out to The Creature House in Colorado. After a few months of living in the house he moved into an apartment with Renée. He then slowly started to drift away from the Creatures, appearing less and less on Creature Talk and in videos with the group, and not really contributing to The Hub channel.

Removal from the Creatures

As of November 17, 2012, he was removed from the Creatures due to differences between him, Danz, and Kootra. They discussed it with the other Creatures, and it settled into a vote; in the end it was decided that Max would no longer be a part of the group.

Max's side of the story is in this video

Max continued to play games with verious Creatures, and eventually Kootra, Dan and himself settled their diffrences

In 2020 he was part of the Minecraft Reunion stream on Twitch.

Showing his love for Renee 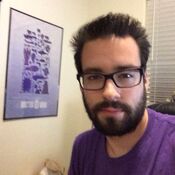 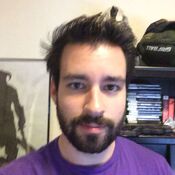 Retrieved from "https://thecreatures.fandom.com/wiki/Gassy_Mexican?oldid=64910"
Community content is available under CC-BY-SA unless otherwise noted.