Gary "Junkyard129" Moss is a former Creature that is known for his vlogs.

Gary first started his YouTube career with several vlogs, and then started getting into games and commentaries. He soon got a Machinima contract and helped start the Junkyard website. He had a Minecraft server that was very popular among the Creature community, especially when the main Creature server was down. He was the oldest Creature, being in his 40's, which has been a running gag in the group. They jokingly say that he was in WW2, and that he killed Adolf Hitler with an uppercut. One of his most popular vlogs was "Cooking with Junkyard" which once guest starred Kootra.

According to Nova, the Creatures did not want to include Junk in their plan to expand their business due to the fact that Junk has a family and more financial responsibilities. He says that he was not told about the plan and understands because all of the Creatures are younger than him with different views on life, so he held no hard feelings.

.In 2012-13 he started to play Minecraft with Ze and began to meet up with Gassy. Early 2013,, his website has been shut down and the minecraft  server, which reverted back to static IP, has very few players. Junk had a break from YouTube and when he came back he focused on fishing vlogs.

In 2020 he joined Minecraft Reunion stream on twitch. 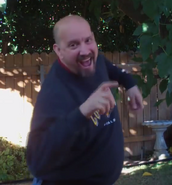 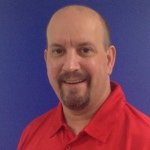 Add a photo to this gallery
Retrieved from "https://thecreatures.fandom.com/wiki/Junkyard129?oldid=64908"
Community content is available under CC-BY-SA unless otherwise noted.