The 24-Hour LiveScream is an annual 24 Hour livestream event hosted by The Creatures towards the end of October to celebrate Halloween. The original stream took place on October 27-28th, 2012.

The Creatures buy a ton of decorations and costumes such as fog machines, costumes, statues and fake cobwebs. It is often one of their favorite and most successful streams, with each year getting bigger. Dan announced that the stream would be annual, and the 2013 stream took place on October 25-26th, 2013 and the 2014 stream on October 25th, 2014. Due to the Creatures traveling around, the 2014 LiveScream was unable to last 24 hours. With the 2015 stream The Creatures combined their recurring charity stream with the Livescream for the first time. The stream took place from October 24-25th. It lasted the full 24 hours, and raised over $40,000 for charity.

Dan announced in an update video on October 17th that they would be doing the 24 hour LiveScream again on October 25-26th. The stream will be the long awaited return of Seamus from his illness as Dan said in the comments on the video "He should be there." However, Dan was told by Seamus shortly before the stream that he would not be showing up. He also stated that the Creatures went "all out" with decorations.

The stream started at 5:00PM The Creatures time. It ended at the same time on the 26th of October. The Creatures announced on this livescream that there are new shirts. There were new 'My favorite Creature is ____' shirts for all of the Creatures and a new 'Creatures' shirt including all eight members. They also announced a Halloween shirt, which initially sold out in less than 15 minutes. Only 1,502 of these shirts exist. They also trended (#LiveSCREAM) worldwide on Twitter. The final shirt was revealed 22 hrs and 25 mins into the LiveSCREAM: the TF2 Creatures design.

It was also confirmed that they will be having a panel at Minecon.

Between Sly's and Aleks' sessions, 'Wendy Cam' followed a chubby grey squirrel, dubbed Wendy, which was occupying the outside decking. Kootra improvised a National Geographic style narration alongside 'Wendy Cam'.

The LiveScream ended with The Creatures dancing and partying.

The stream was announced October 24th, 2014 on the Creature Hub and began on October 25th like the previous streams, but was not able to last 24 hours.

The Creatures started the stream and revealed their costumes. The stream chat made fun of Jordan's knock-off Assassin's Creed costume, calling him a "Hobo Jedi" and the fact that Seamus was in his boxers due to his police uniform pants being too tight. The group then revealed the second line of Creature Carl plushes, 1,000 this time compared to the 500 before, which would sporadically sell out at random times. After a few sessions playing a mod for Killing Floor with Seamus, Nova and later Immortal and Danz moved onto changing costumes and carving their own pumpkins. Danz (Hulk) carved an Uncle Tommy pumpkin, Aleks (Grandpa) carved a simple jack-o-lantern face on a red, radioactive, Russian pumpkin, and Seamus and James (Finn and Jake respectively) teamed up on one pumpkin, carving their partner into their own side of the pumpkin. Due to miscommunication, the group had to do a few Strawpolls to figure out whose pumpkin to destroy. The fans decided James/Seamus' pumpkin, but didn't know whose side to destroy, so they destroyed both sides.

While the rest of the group cleaned up the mess of carving and destroying pumpkins, Danz solo played Five Nights at Freddy's and did exceptionally well. After a few deaths, Jordan took over the stream and played Alien Isolation with co-op commentary of Ted the bear (played by Danz). However, the duo had to stop playing and leave the room when the group liquid-assed the room.

When the stench cleared, Jordan and Seamus were greeted by Tammy Bowdrie, who revealed that the Bowdrie brothers were dead (unknown if canon) and that Uncle Tommy recently got acquitted from unknown charges. Tammy then read a spooky child's book and Jordan welcomed the fans to write short fan-fictions for Tammy to read. While they waited for the fans to write some, Jordan, Aleks, Seamus, Tammy and Tommy got together to unbox CS:GO crates.

The 2015 LiveScream started Saturday, October 24th, at 5pm MTN time. It was also a charity stream, with money being raised for There With Care in Colorado. 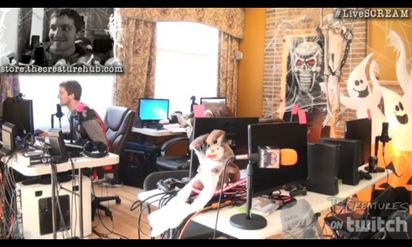 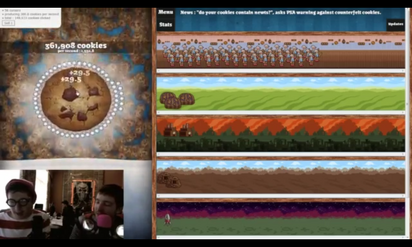 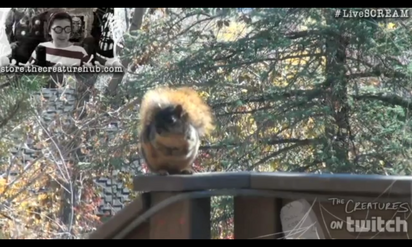 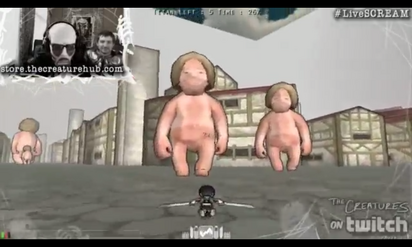 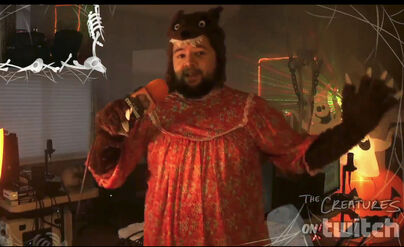 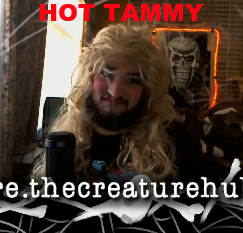 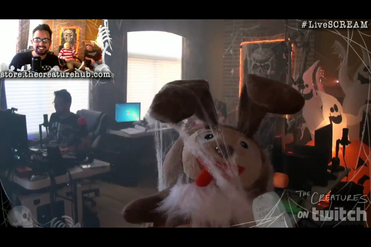 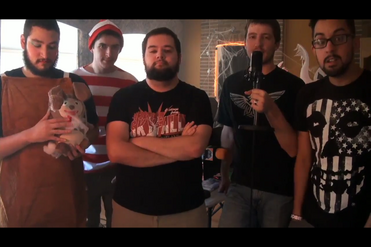 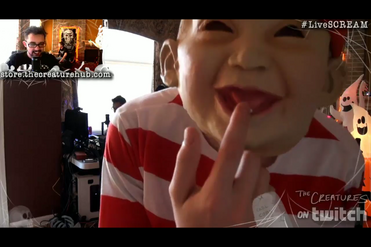 Immortal in his Waldo Costume and a Baby Mask 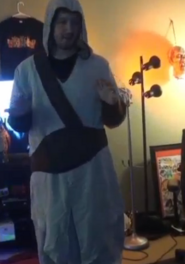 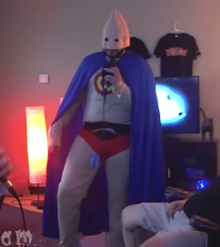 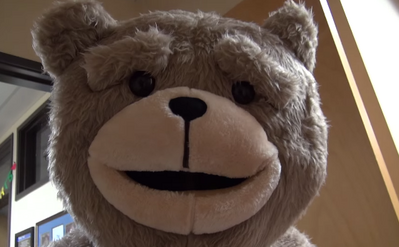 Ted
Add a photo to this gallery
Retrieved from "https://thecreatures.fandom.com/wiki/LiveScream?oldid=64257"
Community content is available under CC-BY-SA unless otherwise noted.