Seamus "SSoH" O'Doherty is a former Creature and is known for his amount of uploaded videos, sarcastic humor, and deadpan trolling. He was also known for uploading the most games out of all the Creatures, playing mostly every major release. He was the second most subscribed Creature, behind Nova. On December 30th 2015, Seamus announced his departure from the Creatures, citing his sickness and personal issues as a reason for his departure.

Before his career in YouTube, Seamus worked at his local Target for three and a half years, which caused him to have an extreme hatred for it. He quit Target around March 5th, 2011 to make YouTube his day job. For many different reasons, Seamus has a hatred for Target; one being that the female shoppers were all old women trying to hit on him. Then, when he quit and went back to shop there, there were now young women shopping there. He also took college classes. He stated that all this was horrible and 'poopy'.

Seamus previously lived in Chicago. In February 2012, he moved to the Creature House in Colorado with some of the other Creatures, before moving into his own Apartment in early 2013. He is currently dating and living with AshhBearr, a fellow YouTuber. He also has a pet cat named Mr. Meowgi (despite the name, the cat is a girl).

The meaning of Seamus’ username (SSoHPKC) has been a popular question amongst fans since the start of his YouTube career. According to a Q&A video, he created the name in 2003, five years before he started YouTube commentaries. The “PKC” portion of which was born during one of Seamus’ college classes, in which a project was to create a fictitious design firm, and the acronym ended up being “PKC”. This is a reference/homage to the Mother/Earthbound series and actually means "Psycho-Kinetic Collaboration." The “SSoH” part was found out to be "Sir Seamus of Halo", which Seamus confirmed was found out and leaked onto the internet at RTX 2014 when he told a fan that you can look it up and find it now. Seamus then uploaded this video explaining the meaning and background of how the SSoH part of his name originated.

Only a couple of people (including Jason) that knew Seamus from before he started producing videos knew of its true meaning before it was released. The analogy he used was “my name to me is what Sp00n’s face is/was to him”.

The reason Seamus started his YouTube career was because he saw some people doing commentaries on YouTube. He liked it and thought he could do it too and used it for stress relief. Although it was rocky and slow at first, he eventually raised to what he is now, getting paid well after getting his account partnered by YouTube.

From Seamus' start in October 2008 to April 2009, he used an old headset which was low-quality. He sounded more depressed (possibly from his Target experiences), and did not provide sufficient commentary for most of his Let's Plays. Many of the games he did during this era were primarily Mario hacks, although he had also done games like Mother 3 and F.E.A.R., which are no longer on his channel. In March 2009, he had mentioned buying a new headset, but was not able to due to budget reasons. However, by April 10, 2009, he upgraded his audio equipment and his old headset disappeared from memory. He would continue to make overhauls on his equipment between early 2011 and 2013.

To get more popular, Seamus went to a group similar to Machinima, Game Anyone (his old intros were him saying "This video is brought to you and part by Game Anyone.com"). He stayed with them for a while but he quit it when he got picked up by Machinima. His channel was created on He about 8 months later on October 9th, 2008.

Seamus met the Creatures when all Machinima directors were meeting each other and that's how he got to be friends with the Creatures. He started playing with the Creatures when he got a new computer in early February. Seamus has been known for the large amount of video 'uploading sprees' where he uploads a large amount of videos in a relatively short amount of time. His real reason for this is what he calls a side effect from working in Target. Although Seamus doesn't tell this often, his top excuse is to keep track of all the times he had sexual intercourse with someone or something, like his old Xbox, or the infamous Snorlax plushie, or The Silverback Gorilla, a popular meme in Seamus' community.

Starting from mid August to November of 2013, Seamus did not appear in any videos on the hub. It was later explained in an update that he was sick and not feeling on par, so the other Creatures told him that they wanted him to wait until he feels up to it, taking time off. He returned in November 2013, starring in his own short "Where's Seamus". Since then, he has started to appear on the hub regularly again.

Seamus took another short hiatus from uploading videos starting November 1st, 2014. Ashh stated on Twitter that he was taking another break. However, in this tweet Seamus stated that he would be back soon. In a stream, Seamus mentioned that he enjoyed streaming more than pre-recording things, and that there would probably be more videos on his channel of recorded streams.

In February of 2015, Seamus disabled comments on all of his videos. He is thought to have done this because a lot of people on his videos complain about him not uploading, or that he spends too much time with The Creatures. He re-enabled comments on December 31st, 2015.

Seamus suffered a kidney stone in late July of 2015, which was announced in this tweet by his girlfriend, Ashh.

On December 30th, 2015, Seamus posted a video he had recorded in August talking about his sickness and what had been going on in his personal life. He also announced his departure from the Creatures, planning on going back to what he did on YouTube when he was working at Target and taking stressful college courses. Currently, he is on good terms with the Creatures, and in turn the group made a tribute video for him. Following his announcement and video he received support through Twitter from many Creatures, current and former, including Gassy Mexican, Sly, Ze, James, and Dan.

On February 19, 2016, Seamus posted a second update video. In this video, he stated that he is well on the way to recovery from his strep throat and related complications. He also stated that he planned to begin uploading again soon, from a cache of videos which he had recorded prior to the belated release of the first update video. He resumed uploading videos on his channel on February 24th, 2016.

On April 2, 2016, Seamus uploaded two Fallout 4 videos, indicating that these videos were from the first recording session he had done since he had become sick again late in 2015.

These are games and series that Seamus is currently uploading videos on:

Seamus Gets A Haircut

His Winnie the Pooh Minecraft skin

His 'self' Minecraft skin 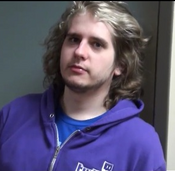 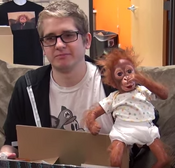 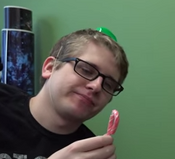 Seamus and a Creature Carl plushie 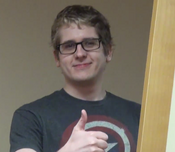 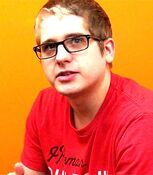 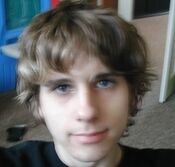 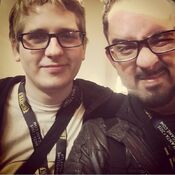