The Creature Wiki - Creatures, Series, gags and more
Register
Don't have an account?
Sign In
in: Event 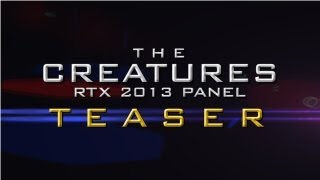 For other related information see: Conventions and Expos

The Creatures Panels are panels held at conventions. They typically consist of teasers, exclusive video screenings, premiers, announcements, and live Q&A segments. The Creatures held their first panel at RTX 2013.

The first Creature Panel was held at RTX, having previously tried beforehand at conventions such as PAX, the Creatures were met with no success.

The Minecon 2013 Creature Panel was announced on the 24-Hour LiveScream.

The Creatures announced during Creature Talk that Polaris had hooked them up with a panel for Pax East, marking their first for the event.