Unfortunately, all of Sly's Animal Kingdom, which he intended to use for his version of Noah's Ark, had to be killed since they were causing massive frame drops and lag in the server.[1] 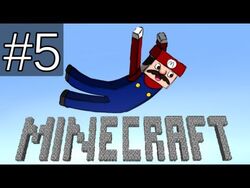 SSoHPKC's Thumbnail (26-32)
Add a photo to this gallery
Retrieved from "https://thecreatures.fandom.com/wiki/The_Last_Update?oldid=40610"
Community content is available under CC-BY-SA unless otherwise noted.