The Creature Wiki - Creatures, Series, gags and more
Register
Don't have an account?
Sign In
Advertisement
in: Minecraft series, Series, Immortal,
and 4 more

The Last Update was a Minecraft series featuring Sly, Immortal and Seamus. After the Minecraft Hunger Games series, it is the first series where Immortal plays with a Creature other than Sly. 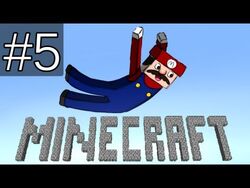