Steven "Ze" is a  former Creature, be is known for his knowledge of computers and "Creeper-esque" viking helmet logo. Ze reports that the old viking helmet was a helmet from Halo 2 because he wanted to use something he owned.

Ze is from Sacramento, CA. He started his YouTube channel in June 2008 as a hobby making "Machinimas". He later went into let's plays. He helped start up the Creatures with Co-founder Kootra. He currently stands at 653,000+ subscribers and has over 92,000,000 views. He has made several appearances on Creature Talk. He also plays numerous games, many with Kootra, such as their notorious Rock of Ages Series. When the initial plans for the Creature House were announced, Ze had plans to move to Colorado after finishing College at Sacramento State.

His official Creature departure was made in this tweet.

In 2020 he was part of the Minecraft Reunion stream on twitch. 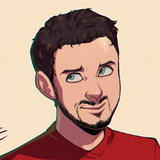 A Younger Ze
Add a photo to this gallery

Retrieved from "https://thecreatures.fandom.com/wiki/Ze?oldid=64911"
Community content is available under CC-BY-SA unless otherwise noted.